I was approached by some colleagues building a new VM template for Windows Server 2012 who wanted some help with .NET framework 3.5.

###The .NET oddity As anyone who messed a bit with Windows Server 2012 knows, the .NET framework 3.5 is one of two features (along with PowerShell v2, contrary to v3) whose status is removed, meaning it’s not installed and the installation sources aren’t available in the Windows directory, so that in order to install it you have to supply an installation source - either the “sources” folder from the CD or access to the Microsoft Update service (and no, WSUS won’t do for now). 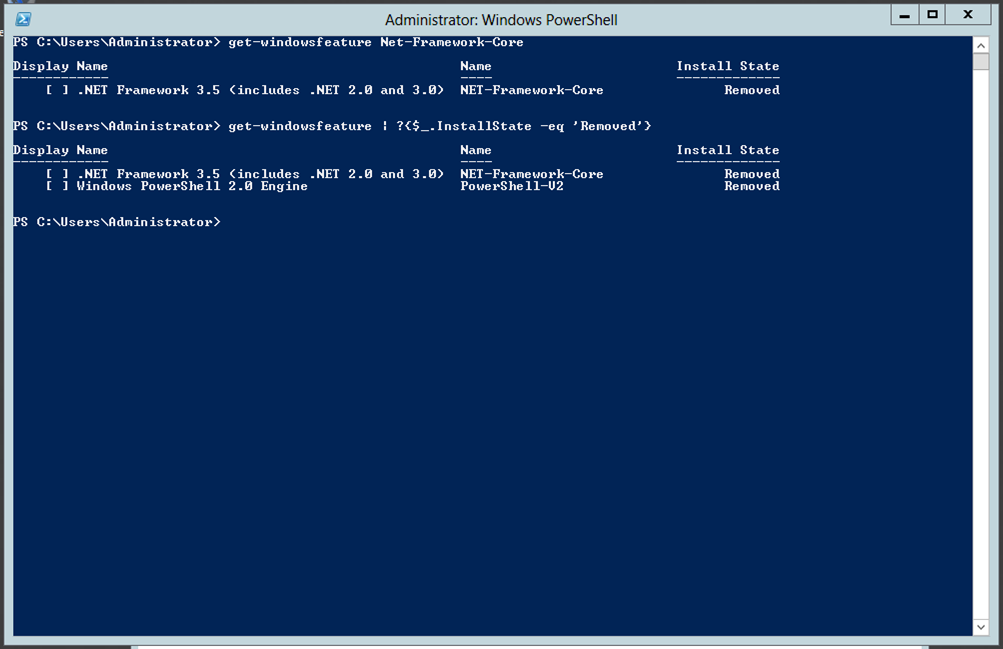 ###Why I care Contrary to Microsoft’s optimistic view of the software world, almost all modern .NET-based software run on version 3.5-, not on 4+, so I’m going to have to install this feature on a lot of servers. ###What we did At first I saw two options:

After some thinking and tinkering, I came up with a 3rd option - I’ll install the feature on the template then immediately remove it, changing its state from removed to available, thus making the feature itself unavailable, but the installation sources present in Windows’ “sources” folder, meaning it can be easily installed in the future without external media!