The default viewing experience, when visiting some Hebrew sites when using Firefox on Ubuntu, is quite unsightly.
If we check Ynet.co.il, a news site, we’ll see this biblical font being used: 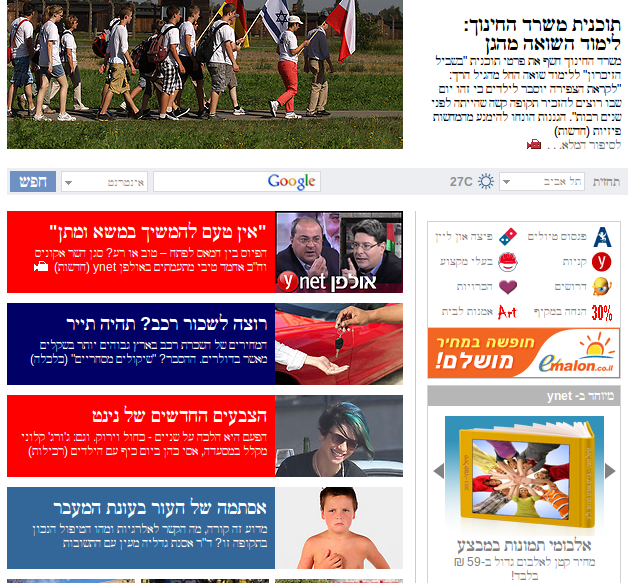 Let’s check which fonts Ynet asks to be viewed in: 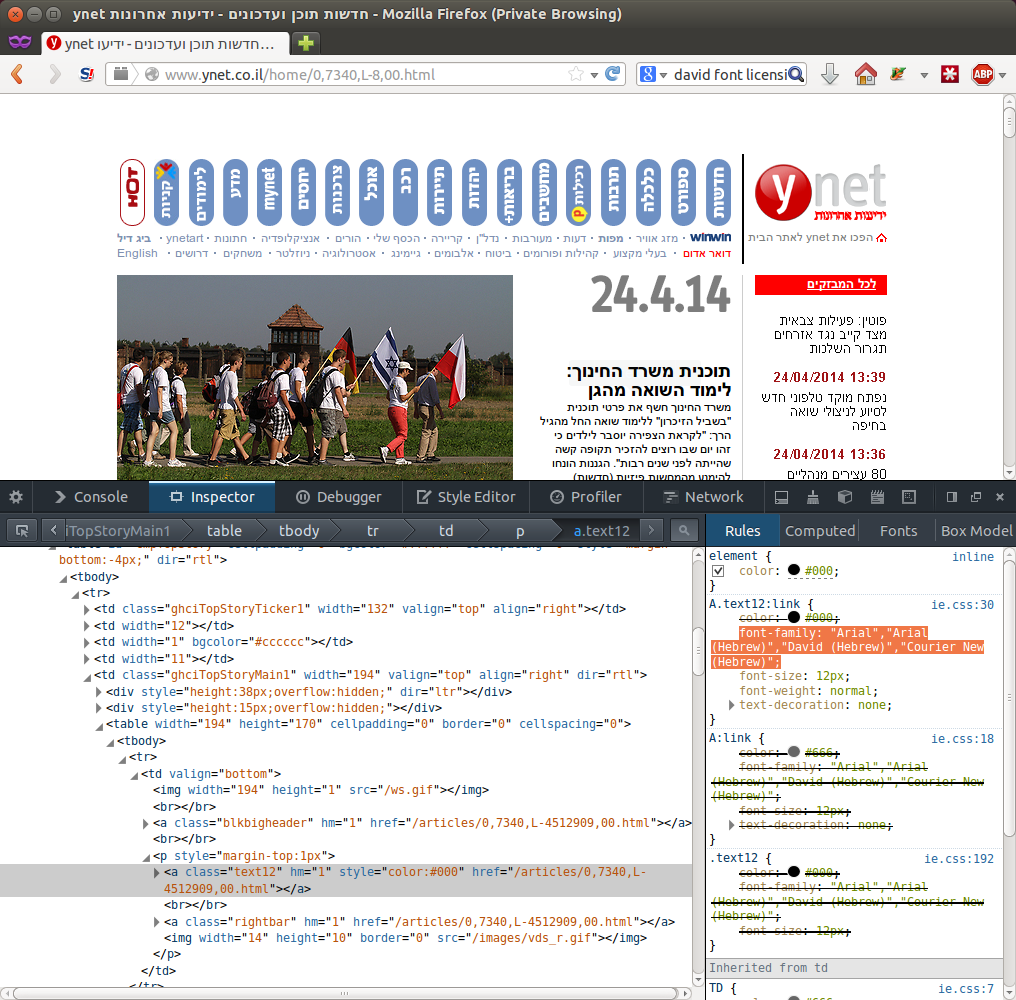 If you look at the marked part, you’ll see something like:

Now we see the reason - a lot of sites were designed and tested for Windows  (surprise!), and as such require fonts that aren’t free (libre).
For example, the font “David” is not free to use at all. Because of that, such fonts are not included in Ubuntu by default.

Use this following command, taken from askubuntu, to install Microsoft fonts. 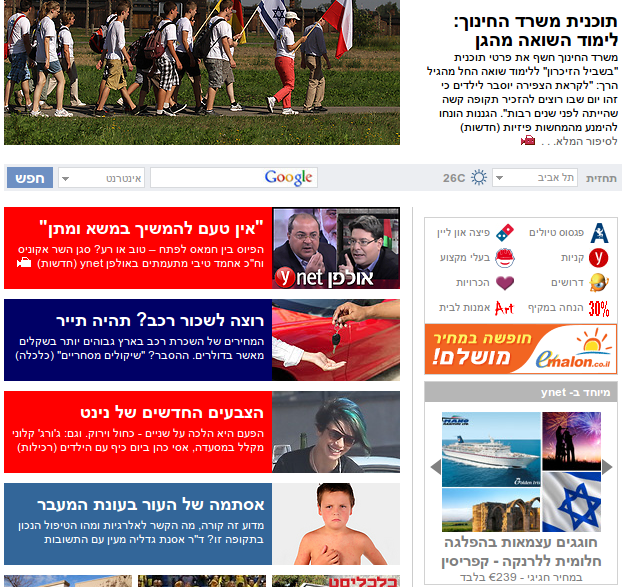