I’m using Firefox with NoScript, which is the AdBlock of scripts - allowing you to selectively block scripts according to various rules (e.g. block all scripts from analytics.google.com), and additionally helps protecting you from XSS (cross site scripting).
One of the components in NoScript is ABE (Application Boundaries Enforcer), which I see as a replacement for Internet Explorer’s zones.
It comes populated with one rule - preventing non-local sites from accessing local resources (for example, preventing www.evilsite.com from invoking file:///etc/group to learn about your local groups).
Problem is, when developing Facebook applications, you usually want to run the application locally (because it’s much easier to modify and debug), but still view it from the Facebook website (because Facebook populates your site with some needed variables that way).
When I tried doing that in firefox, I found out that ABE was protecting me: 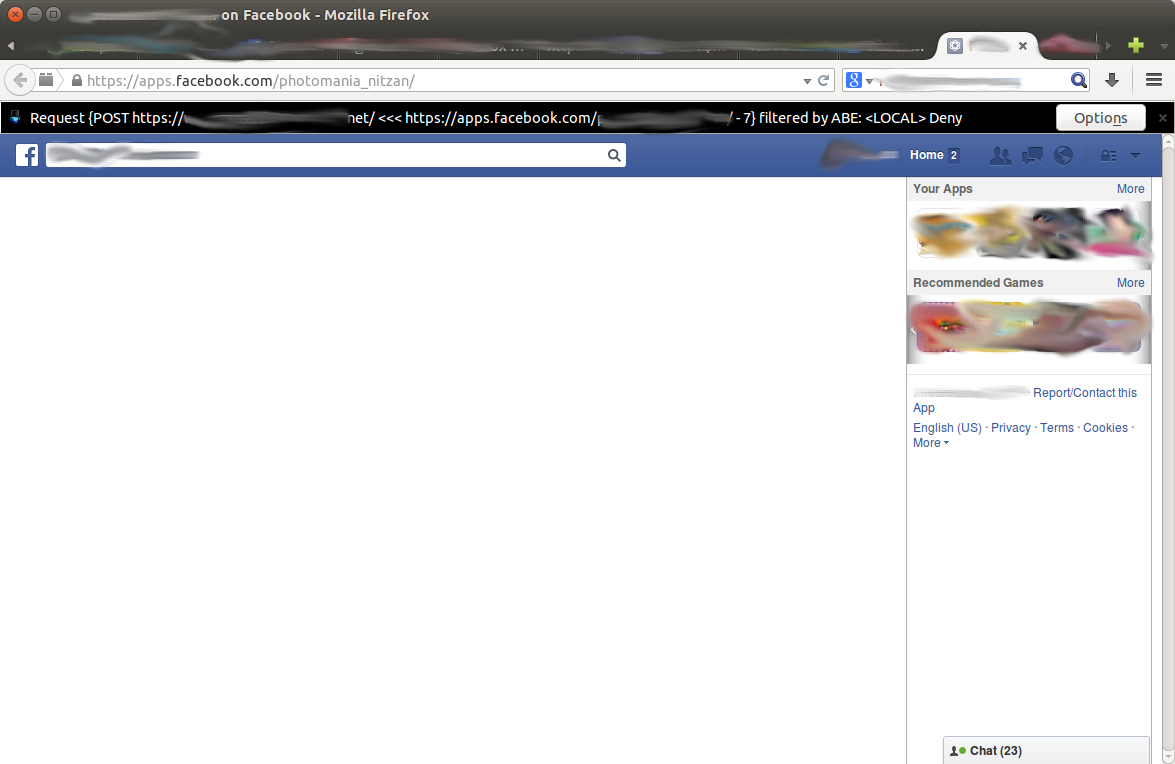 My immediate thought was to disable ABE while developing, but I’ve decided to take this opportunity to learn how it works.
I saw the relevant rule looks like this:

And after adding this rule above it:

ABE no longer blocked it:

Now I have my own bugs to deal with :)