Today I got annoyed that some puppet agent runs took me over 90 seconds to complete, even though they actually did nothing (no change was needed).
I wanted to see which part of the run took the longest, so I tried this:

Unfortunately, I don’t have the ability to follow the terminal for 90 seconds with full attention, so the only thing I recognized was small bursts of text: 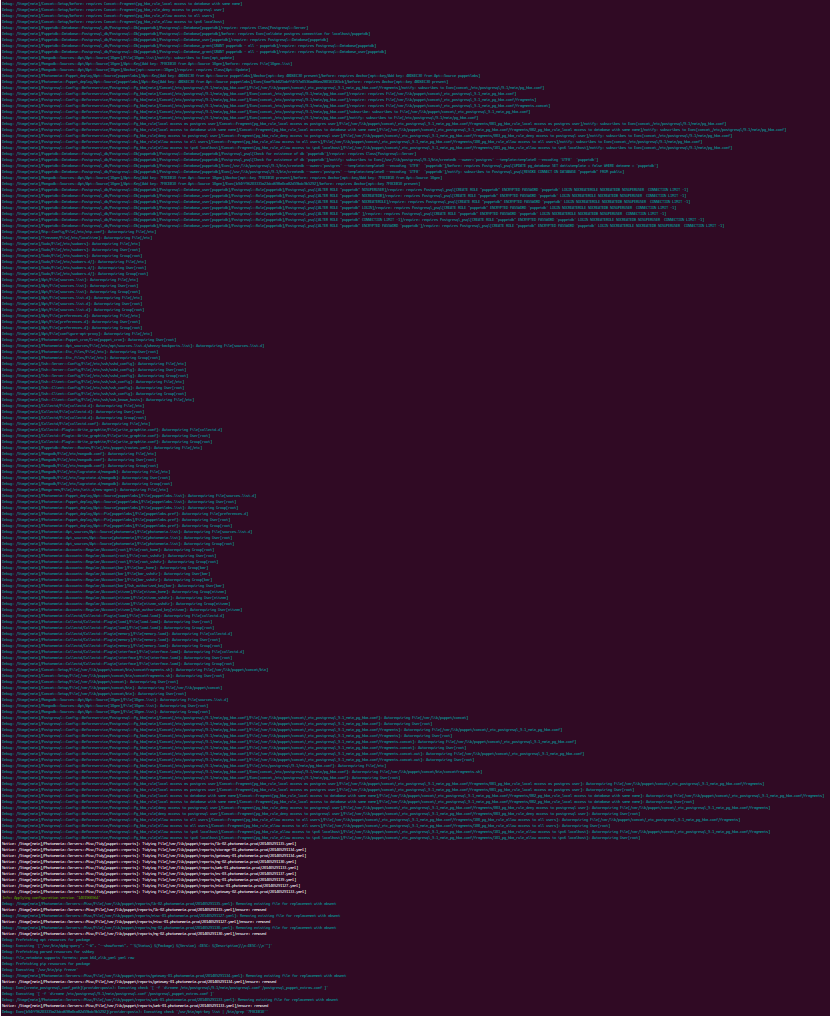 I wished puppet’s output would have timestamps, but there’s no such feature.
Luckily, I have scripting!
I wanted the solution to be a one-liner (and not a file to be executed) to keep it portable (as in not having to copy the file to every server). I considered using awk, python or bash loops, but ended up using perl because… it gave me the best functionality to code ratio :) 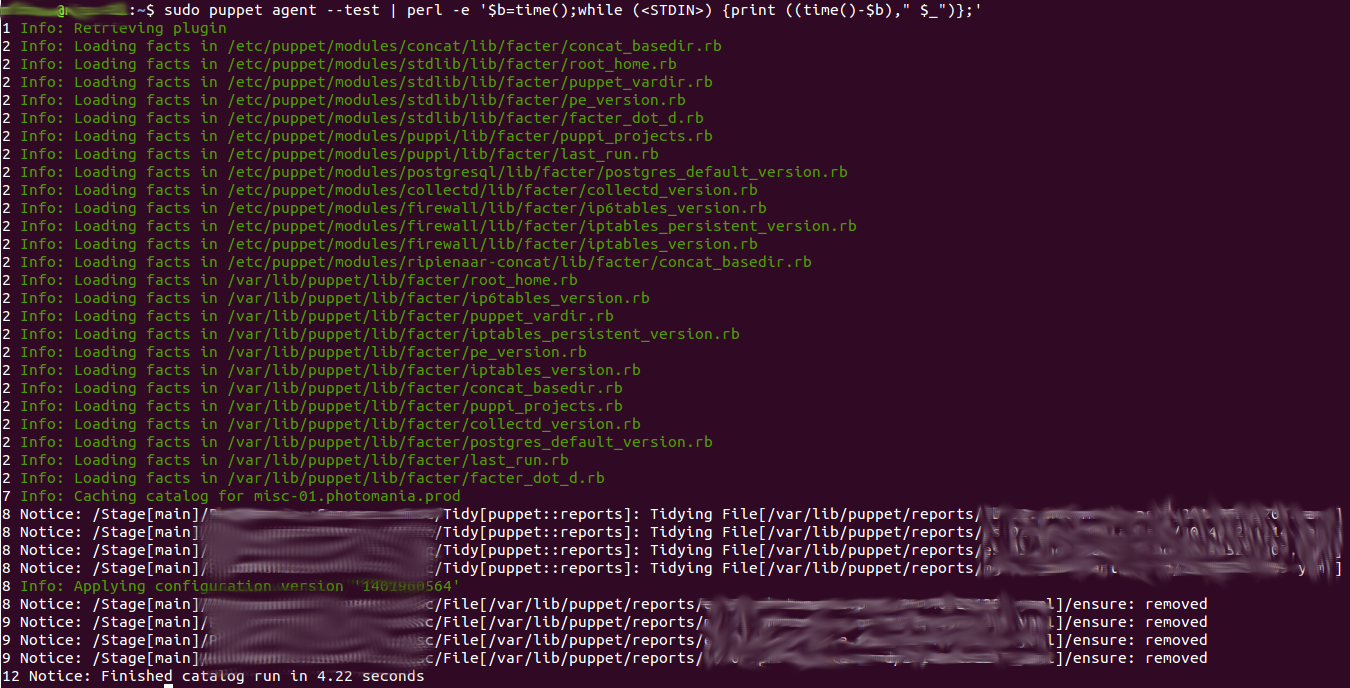 I use this code to simulate a real application:

My one-liner will prepend to each line the seconds passed since the script’s start. That way, if you see a large number gap between two lines, you can probably tell what’s wasting your time.

By the way, puppet’s run took so long due to some SQL queries being run as part of the puppetdb class.