I recently bought a digital frame for some of my more elderly relatives.
The frame’s firmware was quite retarded, and I had 2 issues with it:

1. Pictures were always displayed in order

This might be a “not a bug but a feature” type of situation, but still.
I solved this using bash’s $RANDOM, which evaluates to a different random number every time:

I couldn’t use xargs rather than the for loop, because I needed to evaluate the variable for every file

2. Pictures were stretched to the frame’s proportions

Assuming I treated my relatives with the following apple pictures: 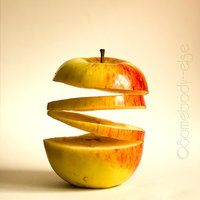 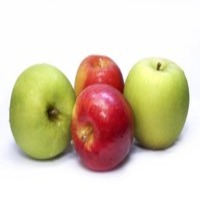 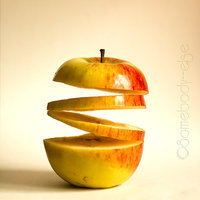 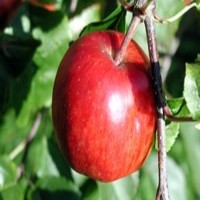 Obviously, there was no setting in the software to stop doing that, so I had to modify the pictures themselves. I settled for resizing the pictures (without modifying the aspect ratio) to a certain resolution (the frame’s screen’s resolution), and padding it if it’s not the right size (for instance, the picture is too short / too wide).
I modified the pictures to look like this: 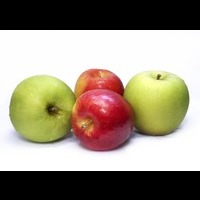 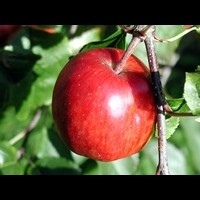 The script uses ImageMagick, which is apparently built for these things (I initially considered using gimp).

Note I’m using mogrify, which performes in-place updates of the file. To create a different modified file, use convert and specify a new filename at the end.
Note2 resize does the actual image resizing (while keeping aspect ratio, unless specified otherwise), and extent fills in the missing sides with the background.